Beat the Bloat: A Deep Dive into Digestion

Feel like your digestion could be better? Tired of feeling bloated or think bloating is normal? Let's dive into how digestion can play a role in your mental health, energy levels, and overall well-being! Hosted by Dr. Ashley Aperocho on Wednesday, March 30th at 6PM AZ Time. 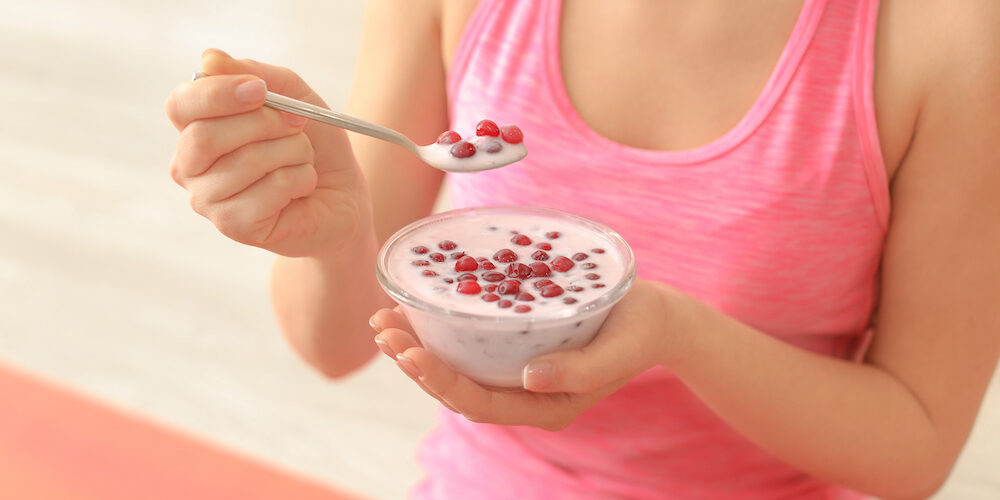 Simply put, Small Intestine Bacterial Overgrowth is a chronic bacterial infection of the small intestine.  The infection is of bacteria that normally live in the gastrointestinal tract but have abnormally overgrown in a location not meant for so many bacteria.

The bacteria interfere with our normal digestion and absorption of food and are associated with damage to the lining or membrane of the small intestine (SI).

The intestinal tract forms a rich ecosystem made of over 400 bacterial species. Some are harmless, and others not. In the gut of a healthy person, these various communities of bacteria compete with each other for scarce nutritional resources. As such, they exist in a state of balance, and the stomach and small intestine have only a small population of bacteria. In the large intestine, each good bacteria stops inhibits the overgrowth of the others, and this prevents the waste products and toxins of a particular type of bacteria from overwhelming the body. The stomach and upper intestine are also protected by high acidity, and the action of peristalsis.

When the balance in the gut is disturbed, an overgrowth of intestinal flora can result. Bacteria migrate to the small intestine and stomach, inhibiting digestion and competing for nutrients. The gut then becomes overloaded with the byproducts of their digestion, GAS. This bacterial overgrowth at its core, is due to a motility issue. This motility problem can be triggered by overuse of antacids, reduced stomach acidity due to aging, low bile production, low pancreatic enzymes, food poisoning, low serotonin, weakening of the immune system through malnutrition or poor diet, and changes in gut flora from antibiotic therapy.

The components of our diet, especially carbohydrates, play an enormous role in influencing the type and number of our gut flora. When carbohydrates are not fully digested and absorbed, they remain in our gut and become food for whichever bacteria live in that area. The bacteria digest these unused carbohydrates through the process of fermentation. The waste products of fermentation are gases, such as methane, carbon dioxide and hydrogen, lactic and acetic acids, as well as toxins. All serve to irritate and damage the gut. There is evidence that increased acidity in the gut due to malabsorption and fermentation of carbohydrates, may lead common harmless intestinal bacteria to mutate into more harmful ones. Further, lactic acid made during the fermentation process has been related to abnormal brain function and behavior sometimes associated with intestinal disorders.

Damage to the mucosal layer involves injury to our absorptive cells. These cells act as the last barrier between the nutrition we take in and our bloodstream. As our absorption is blocked, folic acid and vitamin B12 deficiency can lead to further impaired cell repair, while an abnormally thick layer of mucus prevents contact between digestive enzymes and the carbohydrates we eat. The small intestine responds to this spiraling irritation by making more mucus. Finally, as the mucus cells become exhausted, the intestinal surface is laid bare, and is further damaged, and possibly ulcerated. As more carbohydrates are left in the gut, they cause water and nutrients to be pulled from the body into the colon, causing chronic diarrhea. Absorption is further hindered as diarrhea increases the rate with which food travels through the gut.

The main symptoms of SIBO are those of Irritable Bowel Syndrome (IBS).  SIBO has been shown to exist in up to 84% of IBS patients and is therefore thought to be the underlying cause.  It is associated with many other disorders as well, as an underlying cause or as an aftereffect of the pre-existing disease.

In particular, if the symptoms of IBS are present, or one of the associated diseases along with digestive symptoms is present, consider SIBO.

According to Bures et al, “It is mandatory to consider SIBO in all cases of bloating, abdominal discomfort, diarrhea, abdominal pain, in motility disorders, anatomical abnormalities of the small bowel and in all malabsorption, and maldigestion.”

Unfortunately, there is no perfect test.  The small intestine (SI) is a hard place to get to.  If we want to see or sample the SI, endoscopy only reaches into the top portion, and colonoscopy only reaches into the end portion.   The middle portion, which is substantial (about 17 feet) is not accessible, other than by surgery.  And stool testing mainly reflects the large intestine (LI).  Luckily, there is a non-invasive test which is commonly used in SIBO research; the Hydrogen Breath Test.

Breath testing measures the hydrogen and methane gas produced by bacteria in the SI. Hydrogen and Methane are gases produced by bacteria, not by humans.  The gas is graphed over the SI transit time of 2 or 3 hours & compared to baseline.  Patients drink a sugar solution of glucose or lactulose after a 1 or 2 day preparatory diet.  The diet removes much of the food that would feed the bacteria, allowing for a clear reaction to the sugar drink.
Two types of tests may be used: Lactulose or Glucose.

Humans can’t digest or absorb lactulose.   Only bacteria have the proper enzymes to do this.  After they consume lactulose, they make gas.  If there is an overgrowth, this will be reflected in the levels of Hydrogen and/or Methane.

The advantage to this test is that is can diagnose overgrowth in the far end of the SI, thought to be more common.  The disadvantage is that it cannot diagnose bacterial overgrowth as well as the Glucose Breath Test (GBT).

The advantage to this test is that it successfully and accurately diagnoses proximal overgrowth.  The disadvantage is that it cannot diagnose far end overgrowth, occurring in the latter 17 feet of the SI, which is thought to be more common.

How is the test performed?

The test is performed either at home with a take home kit or at a facility that has a breath testing machine such as a hospital, doctor’s office, or clinic lab.  It takes 1-3 hours in the morning after a 12 hour fast the night before and a special diet the day before. Lactulose kits require a physician prescription.

Which Test Is Best?

Physicians and studies use both glucose and lactulose.  I currently use the 3-hour lactulose test and have great results with this method. I have seen many glucose breath tests MISS a SIBO infection when I repeat the lactulose test.

If SIBO test results are positive, the goal is to kill the infection in the small intestine and restore proper motility, or any other cause that led to the infection in the first place. This will involve treating with prescription or natural antibiotics, retesting to make sure the infection is gone, then restoring motility by the SCD diet and natural motility agents for at least 3 months.

“We must never forget that what the patient takes beyond his ability to digest does harm.”

Treating SIBO and using the Specific Carbohydrate Diet is predicated on the understanding that Ulcerative Colitis, Crohn’s Disease, Irritable Bowel Syndrome, and gluten therapy resistant Celiac are the result of an overgrowth and imbalance of gut flora. By altering the food we take in we can affect the constitution of our intestinal flora, and bring it back into balance, healing our digestive tracts and restoring proper absorption.

The Specific Carbohydrate Diet is based on the principle that specifically selected carbohydrates that are easy to digest are well absorbed and leave virtually nothing to be used for bacterial overgrowth in the intestine. As the bacterial population dies due to lack of food, its harmful byproducts also decrease, freeing the gut of harmful substances. No longer needing protection, the mucus-producing cells make less mucus, and carbohydrate digestion is improved. Malabsorption is replaced by absorption. As you absorb energy and nutrients, all the cells in your body are properly nourished, including the cells of the immune system, which then can fight the bacterial invasion.

The simpler the structure of the carbohydrate, the more easily the body digests and absorbs it. Monosaccharides (single molecules of glucose, fructose, or galactose) require no splitting by digestive enzymes in order to be absorbed by the body. These are the sugars we rely on in the diet. They include those found in fruits, honey, some vegetables, and in yogurt.

Double sugar molecules (disaccharides: lactose, sucrose, maltose and isomaltose) and starches (polysaccharides) are primarily avoided on the diet. Some starches have been shown to be tolerated, particularly those in the legume family (dried beans, lentils and split peas only). However, they must be soaked for 10-12 hours prior to cooking, and the water discarded since it will contain other sugars which are indigestible, but which are removed in the soaking process. Small amounts of legumes may only be added to the diet after about three months. The starches in all grains, corn, and potatoes must be strictly avoided. Corn syrup is also excluded since it contains a mixture of “short-chain” starches.

Finally, the SC diet relies on properly fermented yogurt, and in some cases, Acidophilus supplements, to help repopulate the gut with healthy intestinal flora. By increasing the population of “good” bacteria in the gut, the overgrowth of harmful bacteria is put in check. As the competition for food between the various strains of bacteria resumes, the variety of intestinal flora is brought back into balance. Yogurt must be properly prepared by fermenting it for 24 hours. This allows enough time for the bacteria in the yogurt culture to break down the lactose (disaccharides) in milk, into galactose (a monosaccharide). All SC diet yoghurt is homemade, as commercially available yoghurts are not properly fermented.

The Specific Carbohydrate Diet is biologically correct because it is species appropriate. The allowed foods are mainly those that early man ate before agriculture began. The diet we evolved to eat over millions of years was predominantly one of meat, fish, eggs, vegetables, nuts, low-sugar fruits. Our modern diet including starches, grains, pasta, legumes, and breads has only been consumed for a mere 10,000 years. In the last hundred years the increase in complex sugars and chemical additives in the diet has led to a huge increase in health problems ranging from severe bowel disorders to obesity and brain function disorders. We have not adapted to eat this modern diet as there has not been enough time for natural selection to operate. It therefore makes sense to eat the diet we evolved with.

The Specific Carbohydrate Diet was clinically tested for over 50 years by Dr Haas and biochemist Elaine Gottschall with convincing results. From feedback from the various lists and other information at least 75% of those who adhere rigidly to the diet gain significant improvement.

Check out the reviews of the book of the diet by Elaine Gottschall Breaking The Vicious Cycle at Amazon.com